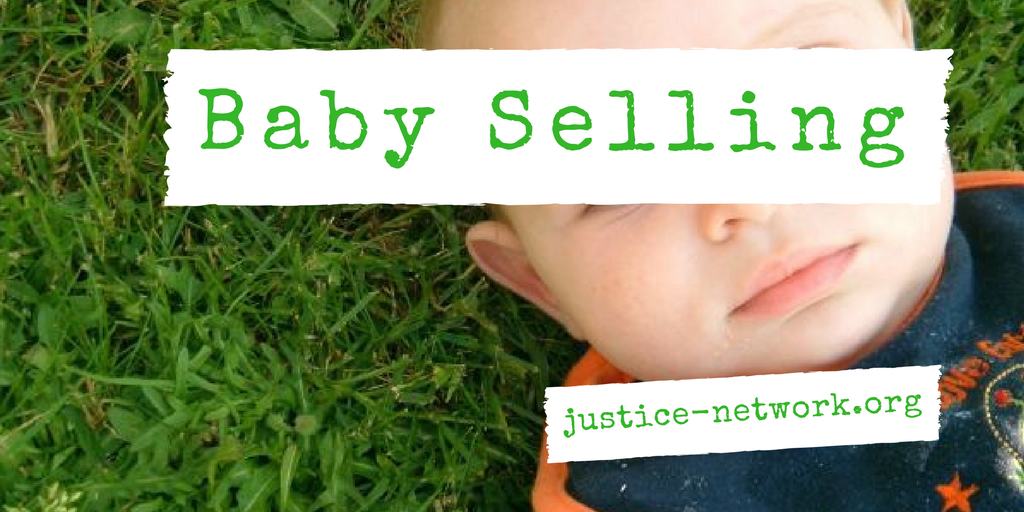 My research on this issue began a few weeks ago when I came across a news article about a Japanese millionaire man who was paying Thai women to be surrogate mothers.  While he financially can support all 17 of his current children and has been said to show proper care for them, he also has been said to say that he wants at least ten babies per year.  His intentions for his children are selfish.  He states that they can help vote for him in a future election.

The whole issue brought up “commercial surrogacy” which led me into thinking about the links it could have with human trafficking.  My search led me to finding information happening right now within our own country.

One South Carolina man was arrested after he lured and trafficked a 14 year old girl (who was actually an undercover cop) as a way to impregnate her as much as he possibly could in order to make her have babies so he could then eat the babies.  Yes,  you read that right.  There is a supposed whole trafficking ring filled with people into this form of trafficking and lifestyle.

While that does not sit right in our stomachs, there is also a US law that has just been passed called the SB 6037 – 2017-18.  This has created further concerns about commercialized surrogacy.  Other countries that had this law, later banned or changed the law because of issues it created with human trafficking.

Before the bill was finalized, 14 amendments were offered to help protect the exploitative purposes in regards to surrogacy, but they were rejected.  The bill passed with a 50-47 vote.

House member Luanne Van Werven stated, “Currently in WA, any woman can offer to be a surrogate mother for couples who want a baby. Today, it is done out of altruistic giving, love, compassion and caring on the part of the surrogate mother.  This bill was a matter of conscience. [Those who] all voted ‘no,’ [did so] to protect the womb from being monetized and commercialized. This bill sets virtually no limits on the amount people will be able to sell or purchase a human baby for. What have we become as a state, selling human babies to the highest bidder? Is this who we are? I asked these questions on the House floor during the final debate. In its current form as it passed out of the House, the bill even permits convicted felons to purchase human babies.”

The problem with this bill also comes with loopholes.  While there is a vast screening process for adoption, there is little of any screening at all done with surrogacy.  There is a contract, money exchanged, child received, and that’s that.

In Australia, there was a couple who had a surrogate child who was sold and sexually exploited as he was growing, starting at the age of two weeks old.  In 2013 they were sentenced to 40 years in prison.

Surrogacy can be amazing for many couples who are unable to have children. Even swimming Olympic gold medalist, Missy Franklin, was born through surrogacy and is loved wholeheartedly by her parents.

There are those who might have other intentions for surrogate babies.  It could cause a child to be neglected and used for human trafficking purposes, but so could babies born by couples or single mothers who can have their own children, as we have read about time and time again throughout the news.

Surrogacy is a tight line to walk on and ponder, but it brings up much discussion.  What are your own thoughts on this issue?