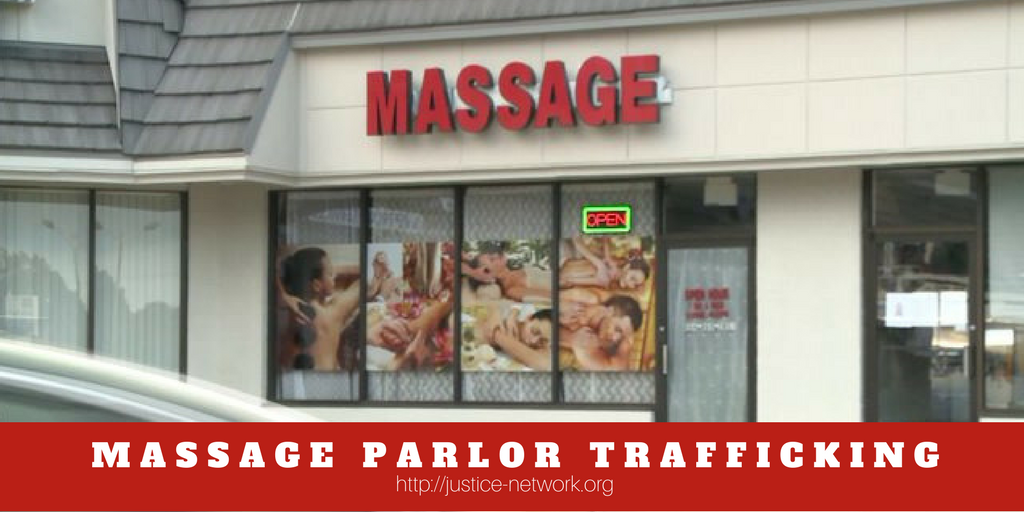 People within our own country have gone to school to learn proper massage techniques and receive jobs at massage parlors that strictly prohibit sexual services. There are others, usually from outside of our country, who are promised good jobs here in the US, are forced to perform massages with sexual additions to the job whether they want to do them or not, as threats are put in place involving deportation or harm to their families.
Polaris posted a 100 paged report about massage parlor trafficking, citing that over 9,000 illicit massage parlors exist in the US alone making $2.5 billion per year.  While escort services are the number one human trafficking problem in the US, massage parlor sex and labor trafficking comes in second place.  Polaris states, “Most of the victims are women in their mid-thirties to late fifties from China and South Korea.”   They are usually sent on visas, are kept within the building they work at, and often are told to give their earnings to their traffickers.
In a lot of Asian cultures, the respect of elders is extremely important.  In China, they have what it called mianzi, which is a social status and position.  This causes victims to be coerced and forced into things more easily, since they have to work their way up into positions to receive a higher respect and status in their society.
It does not help that a lot of the advertisements within their home countries will lead them on and offer them status and the ability to provide for their families better through apps that are popular there.  In fact, 37% of Mandarin ads have suspicious wording leading to massage parlors in Flushing, NY.  42% go to CA promising as much as $4,000 of income per month.  This includes housing and transportation.  For someone who might be living in poverty, it seems like a dream job.
One survivor stated the following:

“I was persuaded by my villager to work for her in Florida. She was nice and said it is a great opportunity to make money as they have an influx of customers. I know nothing about Florida but I trust her as she is from my village in China. When I paid my own plane ticket and got to her massage parlor, she asked me to deliver sex services to clients. I rejected the request as it was not what I was told on the phone. She slammed the table and changed her attitude 180 degrees.”

The women in Asian cultures have high shame factors.  If they are caught or it is told to those in their hometowns or families that they were doing work like a prostitute, they’ll be looked down upon.  80% of the women who are rescued from massage parlor trafficking have a child back home, according to Restore NYC.  A mother does not want to be thought of by her own children or husband for doing such acts, even if she did not choose to do the work, she might be embarrassed for being tricked into doing it. Traffickers will often use these factors against a person who might want to leave their situation.
Another factor that makes escape so difficult is their poverty, death threats, physical violence towards them, abusing others in front of them as a way to discipline them, and even being put on surveillance cameras throughout their day.
Victims are transported from location to location every few weeks, making it harder to track and rescue certain people.  The massage parlor chains have some lucrative business involvements in connection with transportation workers.  There are specific buses for foreign nationals as well as private drivers and taxis drivers who get paid to move women around.
Men who seek out sexual acts through massage parlors tend to want to find the best places. Review boards exist where a man can rate the women they have been serviced by and he might explain the details of his encounter.  This is an incredibly popular way that a business can boom for a massage parlor.  It is easy for them to get lured in and schedule appointments through websites like Backpage as well.

The demographics that Polaris shares show that most of those who go for services at a massage parlor are white men in the 45-54 range (the ages between 35-64 in general are quite large), most don’t have children, most went to graduate schools, most have an income of 100K+ a year, and most search for services directly from their homes.  Most of them go on their lunch breaks to such places.
Here are some ways that you can identify suspicious parlors.

There aren’t enough legislative laws to help with this ongoing problem.  Polaris goes into great detail about laws in various places and what should be changed.  Read the report for further details.  The images used within this post are directly from the report.