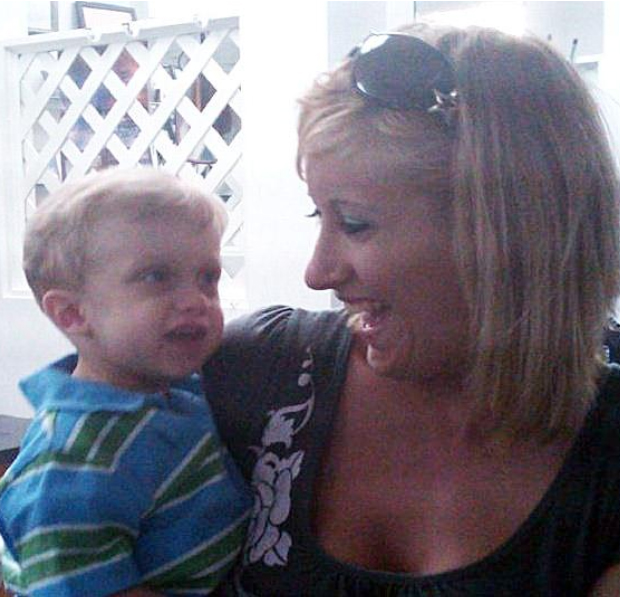 A mother, Alecia Roberts, reflects on the memory of her beautiful daughter Heather, who’s life was cut short from drug addiction and the bail made by her daughter’s potential trafficker.
Heather Coffman was susceptible to drug addiction due to the combination of having bipolar disorder, multiple personality disorder, and ADHD that she was diagnosed with in her teen years.  Her mother Alecia had a hard time in helping her daughter who was in and out of institutions.  It was in the Child Welfare System that Heather became sexually active.
When she was 18, Heather reconnecting with her middle school boyfriend William.  They soon moved in together, married, and had a child named Joshua together.  She loved being a mother, but there were great tensions between the couple.  William was put in jail for assault, causing Heather to move in with her friends in a town known for heroin addiction.

Heather was using heroin through a boyfriend she had around the age of 21.  She claimed to have control over her usage.  She was in and out of jail for stealing, assault, and drug charges.  Alecia kept hoping Heather would be sent to prison where she could get free rehabilitation help, but that never happened.
At one point Heather was arrested for prostitution, but she never told her mother of her involvement with the sex trade.  Instead she would state that she was working at hotels to clean them, but her mother suspected otherwise but did not want to shame her daughter over the situation.  She just kept on loving her.
Several people that Heather was involved with were caught and charged for promoting prostitution or human trafficking.  Heather would make facebook posts and said she was “not property.”  She was asking for prayers and never ousted those who may have had control over her.
Many traffickers will use heroin or other drugs as a tool for getting women to do whatever they ask of them.  It is a form of control.  If victims give their bodies for sexual purposes, the traffickers know where to get the best drugs to ease their sex slave’s addictions.  Often times physical abuse and threats go in line with getting them to comply into a horrific cycle of abuse.
While in jail, Heather’s bailbond’s co-signer, Robin Applewhite, stated he wanted to help her “kick her heroin habit.”  The following day Heather made it known she moved. She lived in the same town as Robin.
Shortly after, Robin Applewhite was arrested for human trafficking, second degree kidnapping, and sexual servitude.  He had locked a woman in his basement, raped her at least twice, forced her to have cocaine, and sold her sexually in hotels.  She escaped his basement.
The bail bondsman, Erik Taylor, quickly started to look for Heather after hearing about Robin Applewhite’s arrest.  Heather had tried to run off when she was found at a hotel, but Erik had her go back to jail and stated she was violating her terms of release.
Alecia visited her daughter in jail and put together that Robin Applewhite was bringing her to hotels.  Her daughter Heather didn’t say anything to deny or defend the claim.
Heather had reached out to an addict friend and told her that pimps were bailing her out of jail every time she was in.
Due to drug withdrawal issues, Heather was doing what she could to get out of jail.  Erik Taylor refused to bail her out, but Joe Palmer was willing to help her, but would refuse anyone who was a pimp to bail her out.  She did get out, though it is unclear who signed  and paid her way out.
Heather was able to visit her son and mother, hoping to get her life back on track again.  Alecia was trying to figure out how to get her proper help, but whenever she publicly tried to ask others if they knew of ways, others would tell her to not state such things to the public, possibly thinking that they were protecting Heather from shame with being exposed for her issues, so Alecia complied and tried to help her daughter however she could herself.
When Alecia told Heather that none of her friends were allowed to visit her while she was with her, she did so anyway.  Two men came and Alecia pleaded with Heather to not go with them, but she did not listen to her mother.
Her bail bondsman agent Joe Palmer met with her once a week, and noticed that she was having major physical issues after she came out of the bathroom.  He called the police who found her heroin paraphernalia.  She was arrested again.
Two months later she was bailed out again for $8,000, but it was hard to know who got her out as a cosigner.  Two days later, she was found dead at the home of William Hendrix.  She had heroin, cocaine, fentanyl, and oxycodone in her system.  It was possibly foul play, and she was stated to have been “taken advantage of” but no investigation was made fully on those claims.
William Hendrix was a man in his sixties whom Heather had yelled at on facebook a few months earlier, angrily letting him know in a comment how she sold her body to him.  He later denied ever having sex with her, didn’t know she brought drugs to his home, and had found her dead after being out with a friend for a couple of hours, leaving Heather in his home.
Since Heather’s death on October 7, 2015, there are other women who have died in her circle who were key victim testifiers in their sex trafficker, Robin Applewhite’s case.
It is not the first time that Robin Applewhite has been in jail for human trafficking.  In 2013 he was arrested with his wife for sex trafficking and drug related charges.  The woman who was to testify in that case could not be found, which meant he was released.
Alecia states, “There’s nothing I can do to bring Heather back, but what I can do is fight to spread awareness, to try to bring what’s done in the dark to light, to try to stop it.  I have to to try to find ways of helping these girls to make it better for them so no other girl has to go through what Heather did and no other mother has to go through what I’ve gone through.”
[youtube https://www.youtube.com/watch?v=6XXqPiEvw44]
Alecia Roberts stated:

People who want to argue that Heather was not a victim of human trafficking should attempt to understand what human trafficking is.
When a person is arrested for drug charges and a bail amount is set at $8,000, a pimp sees they’re arrested on drug charges and contacts a bail bondsman to post that person’s bond, coerces them into prostitution for drugs and forces them to prostitute themselves to repay them three times the bond amount, that IS human trafficking. Heather was in debt to a pimp for $24,000 on one bond.

Unfortunately, it doesn’t end there. Many times as in Heather’s case, the bondsmen revoke the person’s bond and then bond them out AGAIN, often times to the same co-signer. Heather was bonded out four times that I know of by the same bondsman. If she was required to earn the co-signer three times the amount of her bond, she was $96,000 in debt to pimps due to one bondsman. Bondsmen shouldn’t be allowed to post bond multiple times for the person after they’ve revoked the individual’s bond.
“Human trafficking is modern-day slavery and involves the use of force, fraud, or coercion to obtain some type of labor or commercial sex act. … Human trafficking is a hidden crime as victims rarely come forward to seek help because of language barriers, fear of the traffickers, and/or fear of law enforcement.” It’s not JUST minors.

A more detailed article can be found here: part one and part two.