The Handmaid’s Tale and Human Trafficking 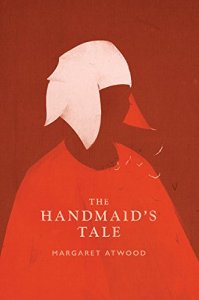 The story is set in Gilead, a totalitarian society in what used to be part of the United States. Gilead is ruled by a fundamentalist regime that treats women as property of the state, and is faced with environmental disasters and a plummeting birth rate. In a desperate attempt to repopulate a devastated world, the few remaining fertile women are forced into sexual servitude. One of these women, Offred, is determined to survive the terrifying world she lives in, and find the daughter that was taken from her.
The struggles presented in this fictional work too closely parallel realities for human trafficking victims around the world. As many talk about the success of the show, the captivating drama, and the stellar performances by actors, let us raise our voices for truth and freedom.
These now award-winning actresses (and others who work on the show) are working with Change.org to speak out against injustice.
[youtube https://www.youtube.com/watch?v=AZMVKoHYvWo]
The story and popularity of the show have set the stage. Let us seize the moment.

Be a voice for change.

Speak truth into conversations around you. Want to learn more? Check out some fast facts right here on our website. Browse our blog for a well of information. New posts are published each week. Subscribe to our monthly newsletter. Explore resources — books, films, and more — to understand more about the issues at hand.

Be a contributor to rescue and restoration.

Be active in the fight for justice.

Attend a meeting. Invite friends and family to an awareness or fundraising event. Volunteer to serve through local opportunities. Check out our calendar to see what’s happening in coming months.