Posted on October 1, 2018 by Victoria Tiedemann 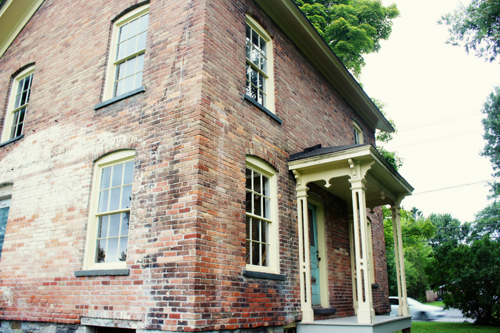 I placed a hand on Harriet Tubman’s house in Aurora, New York while thinking of the hardships her own hands had endured for so long.
This house was originally made of wood and burned down in 1886. Her second husband Nelson Davis made each brick and rebuilt it by hand to bring a greater strength and life to it.  This was a place she could call her home; a place where she found her freedom and rest.  This is a place where she housed former slaves she helped rescue or who found her through the underground railroad until they could get established in the community themselves.  This is a house in which she cared for everyone with an intense selfless love.
It wasn’t enough.  She bought another house as a home for the elderly.  She wanted to give a soothing restful place for those who once worked their aching backs and felt the pain of the heat of the sun or the crack of a whip.  With a deep faith and a love for others, she never gave up her love for the enslaved and her family.  Despite all the warnings she was ever given, a terrible head injury, and the threat of being caught, she was determined, brave, and gave into motivation. 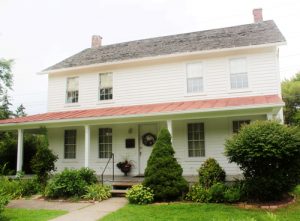 Harriet Tubman continues to be an inspiration in the fight against modern-day slavery.  There are still people suffering out there who need a safe place to rest and to cry out without fear, “I’m free!”

If you would like to visit Harriet Tubman’s house, find more information here.  Visit the museum, take the informative tour, and walk inside the house she bought for the elderly.  Although you can’t go inside her house yet, it is going to be restored; just as she helped lead the weary souls who lived there to restoration.